JxBrowser 7.18 has been released! We’ve extended the API with new features, added important fixes and improvements. Read below for more details!

In this version we introduced several small breaking changes to the API. Check out the migration guide to find out what API have been changed.

In JxBrowser 7.13 we announced support of the Macs with Apple Silicon (M1) in the Rosetta 2 emulation mode.

We are glad to let you know that now JxBrowser enables the native support of the Apple Silicon architecture! The library includes the Chromium binaries compiled for Apple M1 too.

Please see how to configure your Gradle or Maven project with the new dependency.

Play the videos using the Picture in Picture feature on all supported platforms in both rendering modes. In this and further versions this feature is enabled by default. 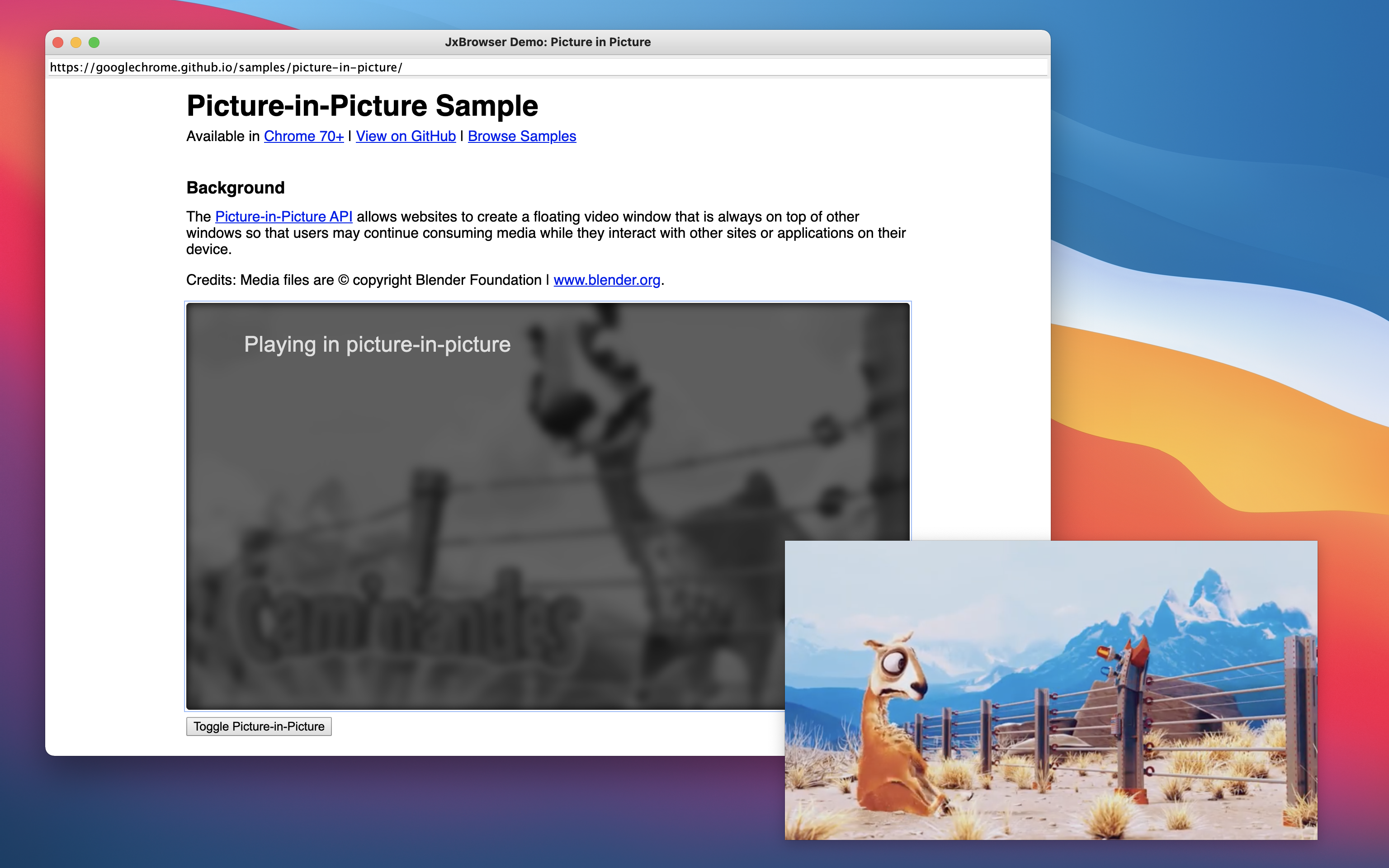 We figured out that the URL parameter is used by Chromium only to validate the given cookie and check its domain. We decided to modify this API to simplify it.

Now, you don’t have to pass the URL parameter and make sure that the URL and cookie’s domain are the same. Now, you can set a cookie using the following simple way: